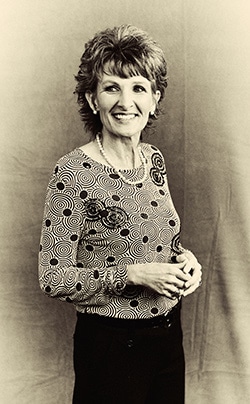 As a traumatic brain injury survivor, Patti shares her compelling story internationally in the hope it will inspire others along their journey. In 2013, Patti’s gripping book, COPING with TRAUMATIC BRAIN INJURY: One Woman’s Journey from Death to Life was released. In 2015, she voiced her raw story and released it as an audiobook through Oasis CD and Redemption Press. She is a contributing author to 4 other books: Amazing Faith as well as Getting Things Done: Successful Women Speak both published by Insight Publishers; Modern-Day Miracles published by Destiny Image; and in June of 2014, her head-trauma story was featured in CHICKEN SOUP FOR THE SOUL: Recovering from Traumatic Brain Injuries: 101 Inspirational Stories of Hope, Healing, and Hard Work published by Simon & Schuster. Her voice-acting skills were utilized by an author in Canada when she was invited to voice the audiobook of Modern-Day Miracles which was released in 2013.

When Life Throws You A Curve

Bloom In The Dark

The Surprise of Recovery

The Power Of Change

Cheering You on with Hope