Along the pathway through life, our plans could become abruptly altered in a way that mere words cannot describe. Patti Foster’s miraculous story of survival truly defines hope after brain injury.  Through her remarkable recovery from multiple bodily injuries and a severe traumatic brain injury, her story of faith, courage, perseverance, and transformation will bring readers to tears of sadness, smiles of joy, inspiration, and hope, particularly for those affected by any form of traumatic brain injury. 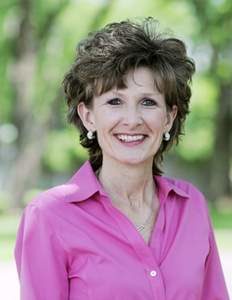 n 2002, Patti survived a harrowing car wreck where many witnesses thought she had died. God’s influence in Patti’s survival that day began with a passerby at the scene of the wreck who heard the soft sounds of gurgling coming from underneath a white sheet that draped over Patti’s body. In the onset of severe brain trauma, Patti’s brain and body shut down, forcing her into a six-week coma. Miracle upon miracle began to slowly happen as Patti opened her eyes from her coma and ask her brother Scott to “pray for her…now.” He did, and that day her journey through a successful recovery continued to reach further heights.

Each moment from re-learning how to eat, swallow, speak, count, and even say the alphabet, Patti describes her experience as being a 34-year-old infant, learning how to function in life all over again. There were many moments of great despair; however, Patti’s faith, focus, and determination on what she described as “getting her happy back” continued to spur her recovery. Doctors and nurses at The Baylor Scott & White Institute for Rehabilitation who helped Patti through the complicated process of her recovery were continually awestruck by her ongoing improvements. Her faith-filled fortitude and recuperation continued to defy all medical odds, proving miracles do exist.

Before that horrifying car wreck that forever changed Patti’s life, her career was on the fast track. She had become well-known as a faith-driven, inspirational voice artist, public speaker, and radio host in both secular and Christian industries. Patti describes her journey of recovery to this day in a few simple, yet powerful words, “God makes a way.”

Patti eventually made her way back to a career filled with a newly inspired passion for making a difference in the lives of others. As a Christian author of brain injury inspirational stories of survival, faith journals, and voice over artist for modern-day miracles, she is also a motivational public speaker, multi-platform brain injury advocate, and the Vice President for Hope After Brain Injury. Faith, love, prayer, and perseverance has carved out a new life, opening doors for Patti to help change the lives of many around the world.

As a traumatic brain injury survivor and a medical miracle, Patti Foster has always been a lifelong believer in Jesus Christ. Patti shares that God had a plan for her life, beginning the day of the wreck in 2002. Through months and years of laboring rehabilitation and recovery, it wasn’t easy for Patti to let go of the past. Once she began to see that God gave her a chance to start a whole new life filled with more joy, and Christ-filled purpose than she could imagine, her life transformed. Her passion is to educate and inspire survivors around the world by sharing her journey through traumatic brain injury with hope and Christ-centered joy.